Eighty five year old Caleb, one of my favorite Old Testament characters, threw his shoulders back and said, “Give me that mountain.” Even though he was up in years and those mountains were full of giants,  he was full of zest, driven by vision and powered with purpose. He was not ready for fishing poles and rocking chairs. He was energized for conquest. You could say Caleb had a mountainous dream and he had no fear holding him back.

In 2006 my job was coming to an end because I had reached “retirement age.” Even though I had reached this time in life, I wasn’t ready to retire. I had and still have a sense of calling to pursue a market place vision. Like Caleb, my dreams seem mountainous and in many ways also filled with giants.

I have been climbing my mountain since 2007 and have learned many things. One of the most important things is this … that if I am to summit its peak, I must conquer my fear.

I knew I was to build a business, but I didn’t yet know the nature of it, and I had no idea how rough the road was going to be.

That 2008 would take me to a very vulnerable place financially: I’d lose my rental property, I’d lose my retirement nest egg, I’d lose the wonderful house Judy, Jean and I called home. (Judy is my beautiful best friend and wife of a lifetime. She was caring for  her sister Jean who was dying of Alzheimer’s Disease).

We had moved into the place in 2007 and were forced out in 2011. Long story short, after losing one thing and then another, I ended up with a car, some furniture, my baby business, $460,000 in debt, and $1200 dollars a month in Social Security income. I was wracked with fear and anxiety.

If someone were to describe my work habits, they might call me a workaholic. I prefer to think of myself as a work enthusiast; I love to dream, create, strategize, accomplish, and build.

But during those hard days, fear consumed my energy. I was still enthusiastic about work, but for many months I operated at 25% of my customary capacity. On a good day, I could muster only about 6 hours of effort before I was wiped out. After that, I needed a whole day to recover. On many nights, palpitations, night sweats, and tossing and turning robbed me of sleep. What I came to describe as “fear-pain” sent me pacing the hallway. I wore a path down the corridor of 16-inch tile, turning the corner, and retracing my steps, again and again. I walked, but in reality, I was running from—wrestling with—the pain.  A couple of nights it got so bad Judy had to take me to the ER. Fear was draining my physical energy.

Building a business uses immense amounts of mental calories. I needed to figure out systems, design products, define strategies, make prospect lists, attend networking meetings, call on clients, and create job descriptions.  But the energy to even start one of these tasks was hard to come by. Fear burned up so many mental calories in those days.

When it comes to working on a project, it can be hard to get started for any business owner. Fear makes it even harder. My “fear-pain” made a huge knot in my gut. It put my mind in a vice. I was almost immobilized. Finally, the fear of what was going to happen to me if I didn’t get something done got stronger than my other fears, and I would make it to my office and start my day. I would work, but I was slow.

Fear Holds You Back

One day, I listened to a podcast. I can’t remember who spoke,  I only  remember what the speaker asked: “What is holding you back?” The question struck me. I thought about it for weeks and pondered my answer. I knew something was holding me back from things I wanted to do. Sometimes such problems can be deep set. What was my barrier, the wall I couldn’t knock down, the fence I couldn’t climb over?

“I have been climbing my mountain since 2007 and have learned many things. One of the most important things is this … that if I am to summit its peak, I must conquer my fear.”

I remembered learning about how elephants are trained. A small rope is tied around the leg of the baby elephant. The rope is tied to a stake which is driven deep into the ground. Time after time, the little fellow would try to  move, only to be jerked to a stop at the end of the rope. Eventually, the little elephant stopped trying. The trainers knew that when he was full grown the deep-set lie about a small rope and stake was all it would take to keep the huge, strong animal where they wanted it.

We can be like that. There are things we want to do with our businesses that we don’t do because a small rope and stake holds us back. There is some small fear we have agreed with; a lie we have believed. A small lie believed can hold a big person back.

At the time I am writing this, fear is at an all time high in our nation. Business owners don’t know what is going to happen. How long this will be the case, no one knows. But even in good times, fear can drain you and hold you back.

Today, although I never declared bankruptcy, I have no debt. My company is growing. My energies are more than the day requires. I enjoy one good day after another. I feel happy most of the time. Not that I’m problem free–But fear is not taking the toll on me it once did.

Feelings of Fear and Anxiety Flow From Thought

Conquering fear and anxiety has been and continues to be a one-discovery-at-a-time process. I learned an important key to dismantling these toxic emotions when a friend said to me, in an almost matter-of-fact tone, “You believe thoughts that aren’t true. Those deep-set thoughts trigger toxic chemicals that cause feelings of fear and anxiety.  It’s simple, just break your agreement with those thoughts.”  Somehow I knew she was right. I needed a makeover of the mind.

This profound observation started me on a decade of discovery. Thoughts that hindered me, the little rope-and-stake lies I believed that kept me pinned in place. Like the idea that I needed to have all my questions answered before taking the next step, or that I must be impressive or that what other people think of me defines who I am. I learned that I could break my agreement with those thoughts. I’d say it out loud, “I profoundly break my agreement with the thought that what people think of me defines who I am.” It works for me. Perhaps it will work for you as well.

I plan to write more about my fear conquering discoveries in the days ahead. And I’d love to hear about yours.  I have more mountains to climb and I’m sure you do as well. If you and I are to climb the mountains of our dreams, we must conquer our fears…

I write about the invisible side of business success, such as I have done in this article, I also write about digital marketing success. I publish new articles on a regular basis.

Perhaps you and I should become digital friends. Give me your email address and I will make sure you know about it when we post a piece. You will find our newsletter signup below.

You Won The Audition

You Only Have Grace for The Present

If you build on truths that never change, you are better prepared to negotiate the ravishing rate of change we business owners face with every new day.
GET THE BOOK

INVISIBLE SIDE OF BUSINESS SUCCESS

“Make the invisible side of your life and business as powerful as you want the visible side to be.” 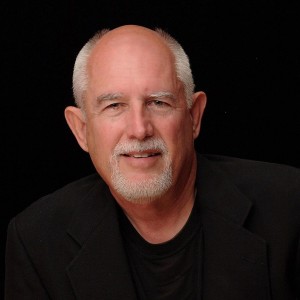 Many business owners feel marketing wastes money. J3 sells only trackable services … No waste … Measurable ROI instead. Let’s talk about your business. Where you are, where you want to go. How J3 may be able to help.

I have been working with The J3 Effect for over 3 years now. They are a company of integrity and are great to work with!"